With a population of about 315,000 residents, Luzerne County is considered a medium-sized area. Unfortunately, despite a smaller population than places like Philadelphia, Pittsburgh, or Lancaster, Luzerne County sees a disproportionate number of car crashes and car crash fatalities. What kind of crashes are these, and how often do they occur? Let’s take a closer look to find out.

Luzerne county is the 12th most populated region in Pennsylvania yet ranks 6th in the state for the most traffic fatalities by county. In 2019, 1-in-30 of all Luzerne County car crashes resulted in at least one fatality. That’s a sharp increase over the past five years, where the county saw significantly lower fatality rates, as low as 1.7% in 2018.

Overwhelmingly, the most severe crashes were caused by two things: Collisions with a fixed object and collisions at intersections, particularly when a driver was attempting to turn right against a traffic light.

Perhaps more frightening than the disproportionate impact of car crashes is the impact of pedestrian crashes. These incidents typically cause more severe injuries as the pedestrian has nothing to protect them from the force of impact. In 2019, Luzerne ranked 8th in the state for a number of pedestrian fatalities, but this is just one part of a bigger problem.

Luzerne saw 75 pedestrians hit by cars in 2019, with the average victim being between the ages of 10-14. While the majority of crashes were not fatal, the data suggests that we may need to either improve street safety education in the county or perhaps make Luzerne more walkable in general. 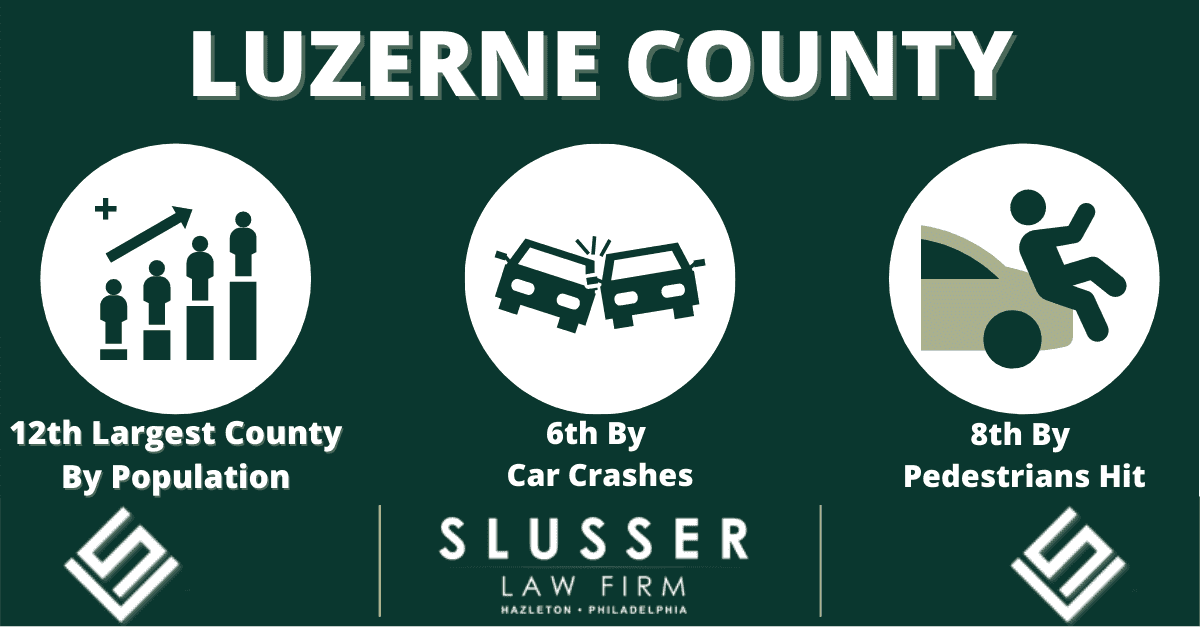 If you suffered severe injuries through no fault of your own, we can help. If you’d like to schedule a free case consultation with an experienced Luzerne County car accident attorney from , please don’t hesitate to give us a call at (570) 405-9953 or send us an email.